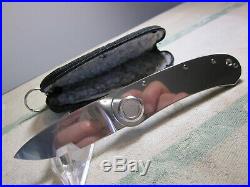 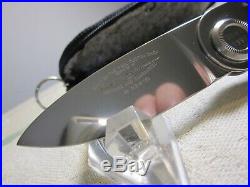 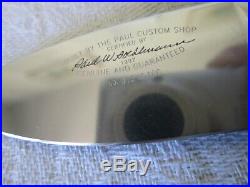 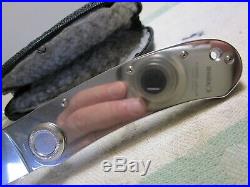 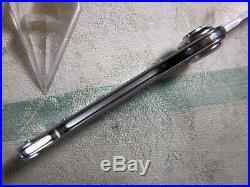 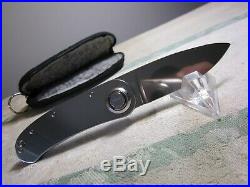 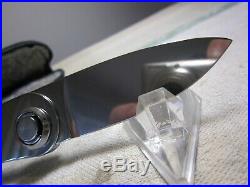 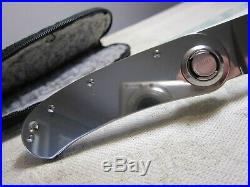 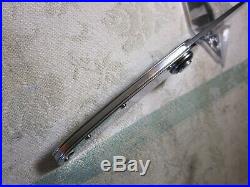 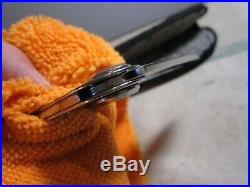 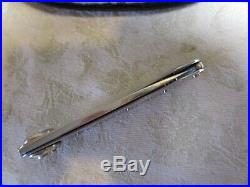 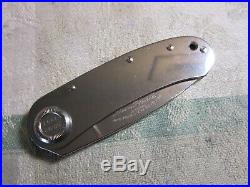 Built and sharpened by paul poehlmann himself in 1997 with flawless precision while his refined locking mechanism patent was still pending (during the gerber marketing deal of the model 2 due to cost over runs and before lone wolf was formed in 2001) this series II model 2 custom knife features a very fine mirror stonewash like vibratory finish.. It is one of a100 build run by paul... The screws are polished titanium hex screws.. I believe the collars around lock are also ti......

Blade is about 2.5 inches 6.5 overall. Functions perfectly and smoothly with a rock solid lock up and lock down..

Absolutely beautifully made piece as well as a very rare piece of paul knife history. Comes as picturedalthough I don't think the pics do this one justice! Paul had done a lot of work with Peterson precision engineering in his illustrious career and looked upon their team as the best of the best with the most cutting edge technology and skill in their field... One of the peterson leads came to him and asked if the knife world was ready for another paul knife sometime before the "gerber series 2 model 2" was born.... Paul then worked on what was to become the series 2 model 2.

A deal was made and the series 2 was launched with 2 hole scales fastened by screws to the frame without a lanyard hole. Paul did all the design and drawings for Peterson to put it into production for gerber.. After the launch paul decided that he'd like to do and all stainless custom run of 100 knives himself to showcase both his and Peterson's skill...

Using Peterson (of California) to manufacture and finish the parts specifically for paul's custom build, paul designed this all stainless version of the series 2 model 2 with lanyard hole and no scales as well as using screws instead of pins to secure the frame.. Oh and he repositioned the button lock to be on the non presentation side... He then took the parts to his shop in Canada where he assembled and sharpened each knife himself. Hence these custom run series 2 knives were the only one's made with no holes in the frame for scales to attach as well as the added lanyard hole and use of screws instead of pins at the time and the last custom run paul built.